In this project, we covered a wide range of topics that were all connected by The Hero’s Journey. The Hero’s Journey was “invented” by Joseph Campbell. We first learned what The Hero’s Journey was, all eight steps and how they connected to each other. We then read The Alchemist by Paulo Coelho, Siddhartha by Hermann Hesse, and watched Star Wars by Lucas Films. After every book we read and movie we watched, we would discuss in a seminar the main topics and where The Hero’s Journey appeared. While we were doing this, I was reading The Hobbit by J.R.R Tolkien and I started seeing stages and archetypes of The Hero’s Journey in The Hobbit. While we were reading those two books, we also created a poster of The Hero’s Journey and we made artwork about a character in The Alchemist. Once we were done with all that, we started listening to “The Moth” Stories. “The Moth” is an organization that puts on shows where people can come and tell stories. After listening to numerous stories, we started to tell our own stories. We practiced these stories over and over until we had them down. We then wrote our story transcripts. After we had practiced our stories, we were ready to tell them at our exhibition.
In this project, I grew so much as a story reader, and I think most of my peers grew as storytellers. I definitely grew as a storyteller, and I learned how to analyze stories for what makes them good. One thing Ally taught us about was this crazy idea called The Hero’s Journey. I started to realize that almost all the books I have ever read followed this idea. Harry Potter and Katniss Everdeen both crossed the threshold and both had a mentor that taught them what was going on. I know that when I continue to read books and watch movies in the future, I will be forced to notice these steps and they will help me understand the book or movie better than I could have before. In terms of storytelling, we listened to all of those “The Moth” stories. We analyzed what made these stories fun and interesting to listen to. I learned that relating to an audience made them more emotionally involved with the story and you have to capture someone's attention in the first five second or they will be uninterested for the rest of the story.
​     My biggest takeaway from this project, on a global scale, is why we tell stories and the imperfection in the story is what makes them more pleasing to listeners. When someone is telling you a story that happened in their life, it feels more genuine when it is told from the heart and not memorized off of a piece of paper. I learned that we have been telling stories for way longer than we could write, and that thousands of years ago, much like we do today on a river trip or a camping trip, people sat around fires telling what has happened in their lives. How every person has their own Hero’s Journey. I think after this project, I have realized how important storytelling is because you get to leave your reality and enter someone else's reality for a little bit of time and feel the happiness or the sadness that they were feeling. 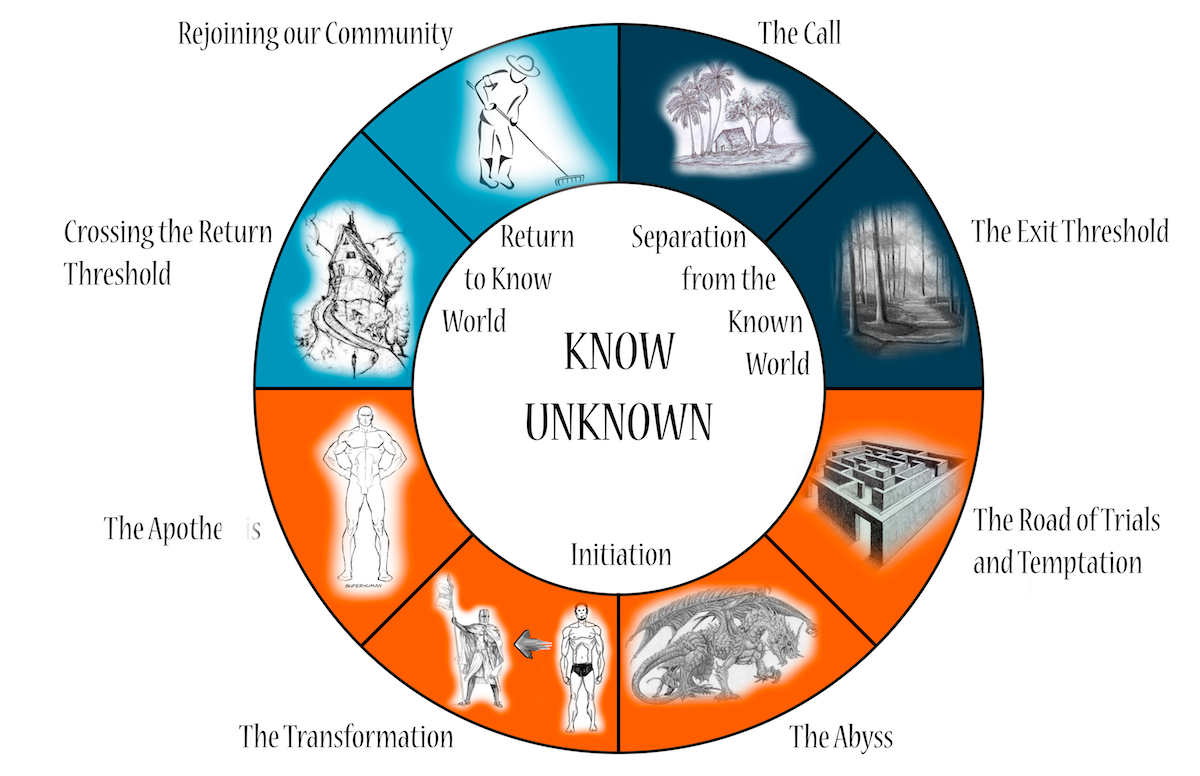