The purpose of this project is to answer an original question of your own creation. To answer this original question we came up with we used the mathematical problem-solving cycle. This cycle consists of 4 different steps. The first one is ask a good question. A good question should be specific, answerable, in-depth, and relevant. The second step is creating a mathematical framework. This is coming up with a way to solve the problem, it could be a graph, an equation, a drawing, or a simulation. The next step is the third step and that step is to do the math. This step is self-explanatory but it can take a lot of time to do the math, especially if you have a complicated question. After you solve the problem and come up with an answer you have to then do that last step. The last step is reflecting on your result. This step is really important because you can understand the importance or lack of importance of your problem/answer. I think there should also be an optional 5th step. The 5th step would be sharing and explaining your findings.

The original question I came up with and decided to answer is “When will an electric car become cheaper than your current car with only savings from no gas?” This problem is messy but the question is important, I had read a lot about are companies proposing huge numbers of money that you would save if you switched to one of their electric cars.

I needed a mathematical way to represent many different cars and variables over an amount of time. So I decided to use equations, but that didn't work very well just on itself so I graph the equations on a computer program that could easily visually represent my equations for comparison.

Doing the math for my equations was fairly straightforward. I plugged in numbers from different car companies and from my own car to see what my answer would turn out to be. The harder part was coming up with the equation for my math. Coming up with the equation took a lot of thinking about how number react with each other in different scenarios so I could apply that how I wanted to the cars and equation.

The reflecting for me turned more into understanding what the numbers meant. I had to look at the graph I created and understand what all the numbers mean and what it meant when a line intersects with another line.

The fifth step for me started out with coming up with a good way to explain what I did and how I did it. I decided to use a poster with a graph. The second part of step 5 is when I got to talk to people about what I did and how the math works and what my outcome was. 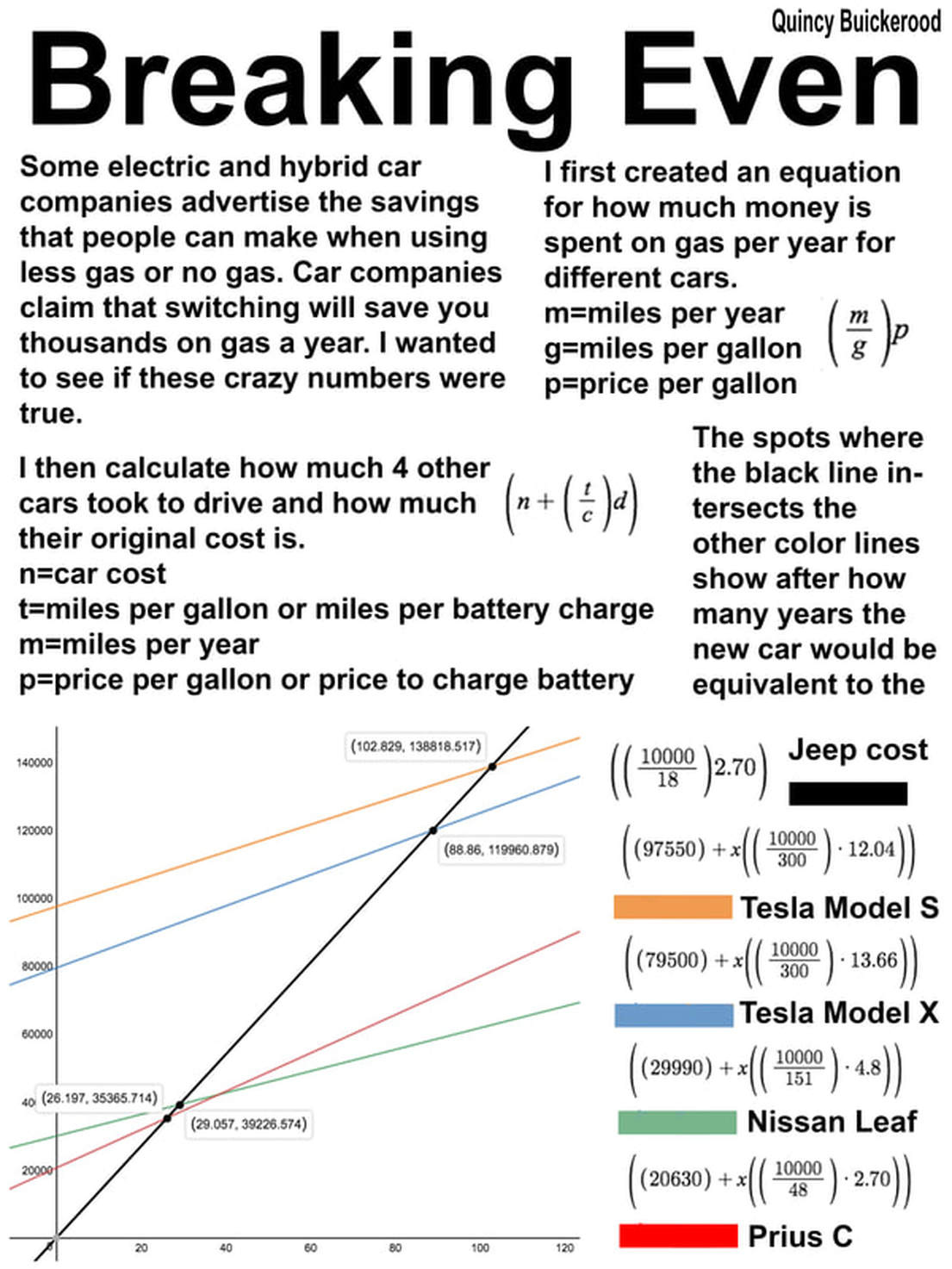