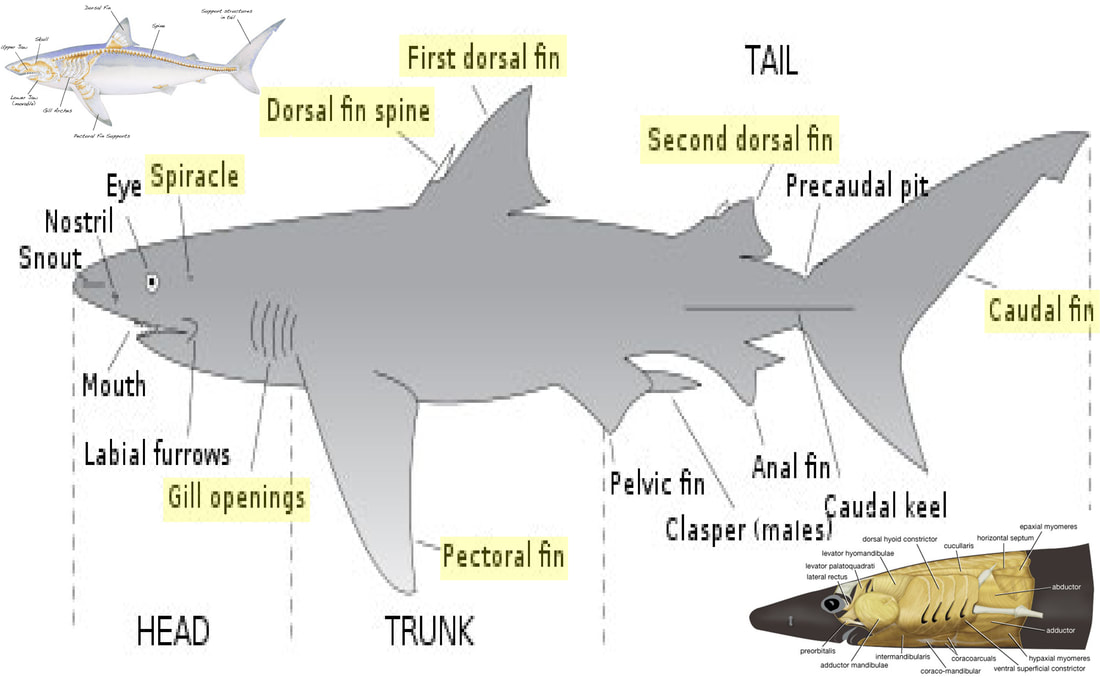 The yellow highlighted parts are the parts I memorized so I could point them out during the dissection. 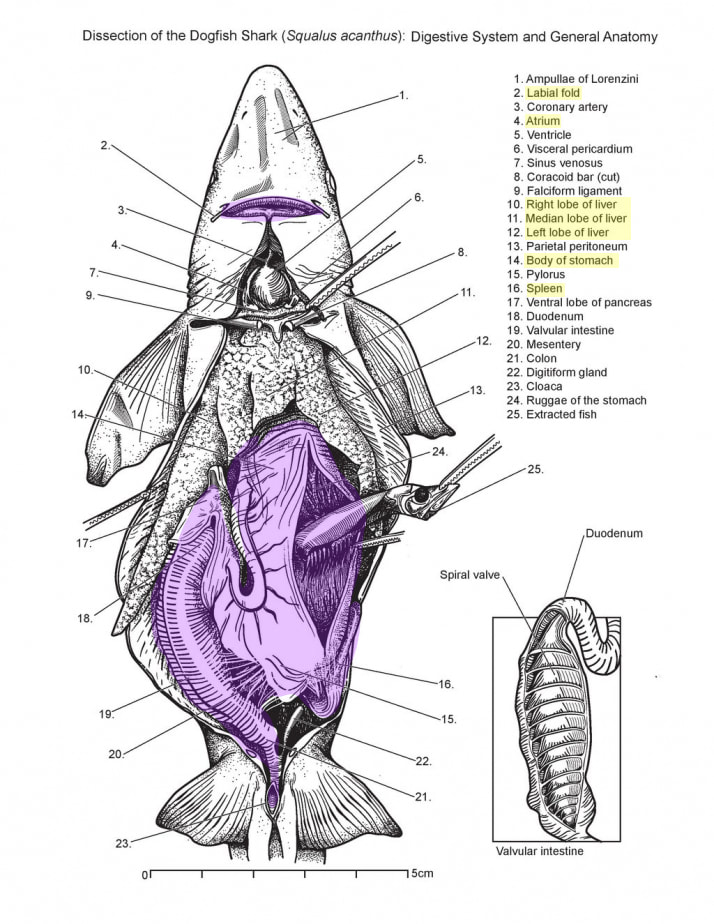 Feeding
Dogfish shark hunt in packs alone or in groups of over a thousand sharks. They hunt for fish, other smaller sharks, octopus, squid, crabs, and other prey.

Lifestages
Males reach sexual maturity at around 11 years of age, females reach sexual maturity at around 18-21 years of age. Once eggs have been fertilized from of shore mating a  protective shell forms around the dogfish shark embryo. After 4-6 months, the shell is shed from the embryo. The young gestate for another 18-20 months in the mother's womb. Dogfish sharks can spend up to two years in a mothers womb. An average birth can yield about 6 pups. Dogfish sharks have a life expectancy of about 20-24 years of age.

Ecosystem
Dogfish sharks are found worldwide on coastlines. They tend to prefer warmer water in the more central part of the world but it would not be uncommon to see a dogfish shark in the sub-arctic oceans.